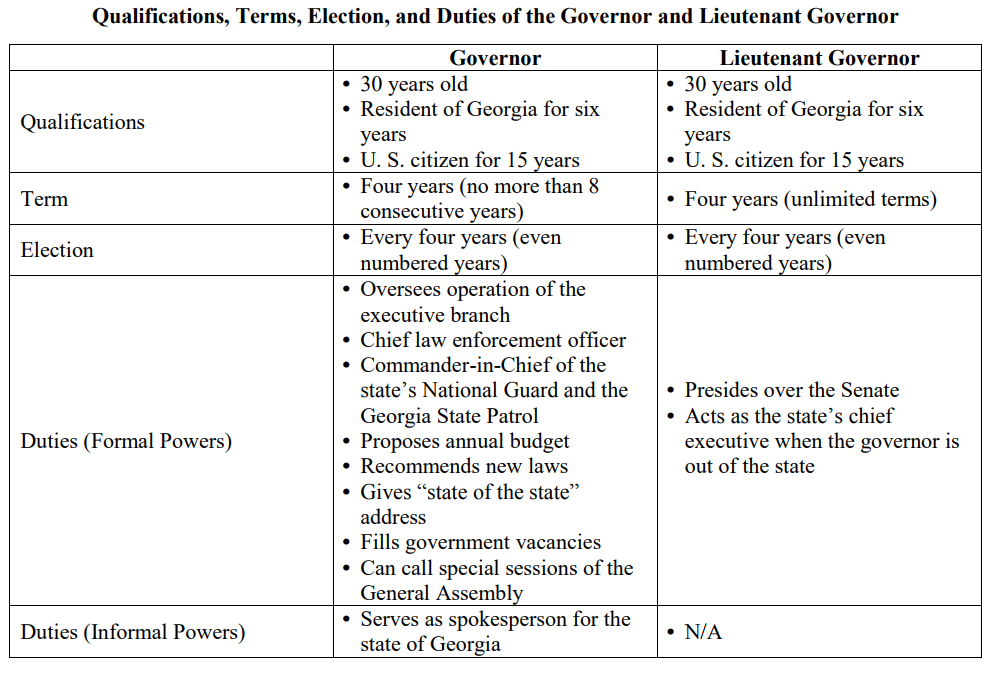 The executive branch is charged with the responsibility to enforce the laws passed by the legislative branch. In order to do so, the state government is comprised of agencies to support the implementation of Georgia law. Because the many state agencies and departments fall under the jurisdiction of the executive branch, the executive branch is the largest branch in the state. The Georgia Constitution requires voters to elect six department heads in addition to the governor and lieutenant governor. These eight officials are referred to as the state’s “elected constitutional officers.” Like most states, Georgia elects an attorney general and secretary of state. However, Georgia is among the few states that allow voters to elect a state school superintendent and individuals to lead departments of agriculture, insurance, and labor. According to the state constitution, the General Assembly is charged with determining the power and duties of these officers and to fund their agencies.

Nothing yet. We shall see...
​​Chad J. DeWolf is an educator and coach at Madison County Middle School (Comer, GA) in the Madison County Charter School System (Danielsville, GA). This website is NOT affiliated with MCMS or MCSD. ETS is used as an educational tool for anyone interested & should be viewed as a resource for an awesome online learning experience. Tell your friends. You know you want to. Everyone is doing it...